Tracing old-age poverty: The significance of the household structure on gender differences in the poverty rate in eight EU countries 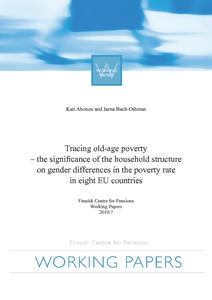